State University of New York in Fredonia before becoming

Dean, and later Vice President for Academic Affairs, at

The Boston Conservatory for 16 years, followed by serving as

the Dean of the Conservatory of Music at Capital University in Columbus, OH.

He was named "National Outstanding Administrator of 2004" by the Organization of American Kodaly Educators, and is listed in Who's Who volumes: International Music, America, Entertainment, American Education, and Most Admired Men & Women of the Year 1995.

​The celebration of music is as diversified as humanity.  There is no one size, one face, one look.  The Charlotte Chorale strives to embrace the joy of creating music with people of all ages, all ethnic backgrounds, all religions, all races.  It is important that everyone feel welcome and a part of our musical journey by embracing inclusivity and diversity of people and song.

The Charlotte Chorale was founded in 1989 as an offshoot of the Charlotte County Adult and Community Chorus.  The Charlotte Chorale came into being as a result of a need in the community for dedicated and gifted vocal musicians, capable of presenting quality choral literature for entertainment and cultural enlightenment.  The late R. Bruce MacGregor, who died on July 18, 2015, formed the Chorale with 29 talented individuals which consisted of 28 very capable singers and Betty Ogle as their accomplished accompanist. The first rehearsals were held in January 1989. Since then, the Charlotte Chorale has expanded its repertoire to include many classic and symphonic choral pieces as well as a broad selection of contemporary music including show tunes, spirituals and devotional works. The Chorale has also committed itself to augmenting musical education experiences available to music students within the Charlotte County schools.

With the continuing cooperation of the music faculty of the school system, talented students are assisted through scholarships from the Chorale as well as offered exciting performance opportunities in concert with the well-trained voices of the Chorale.  Many of the concerts feature students from Charlotte County Schools.

The Chorale under the direction of Dr. William Dederer continues the mission with dedication and passion for presenting quality vocal performances for our community.  The membership of approximately eighty vocalists proudly share their commitment to excellence  in bringing music of all genres to the public. 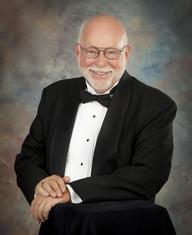 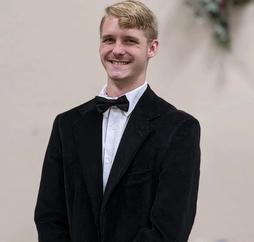 Frank Sanders is a pianist, saxophonist, multi-instrumentalist, and composer from Southwest Florida. He began his studies at age 12 (self-taught) and is majoring in music education at Florida Gulf Coast University, with an instrumental focus on piano and saxophone performance. Sanders currently performs with numerous groups, including the Naples-bound jazz band Dopo Ore, the North Port Symphony Orchestra, and the Charlotte Chorale.

It has been said that music is the universal language of mankind.  It brings people together from diverse cultures and backgrounds in celebration not of their differences, but in recognition  and celebration of their oneness.  It is the mission of The Charlotte Chorale to do this while enhancing, educating and enriching lives of all by present professional-level choral music of all genres.